WE ALREADY DID IT…YOUR TURN!

I once had the pleasure of sharing the stage with the legendary motivational speaker Les Brown and he said, “Sometimes you have to jump and grow your wings on the way down!” 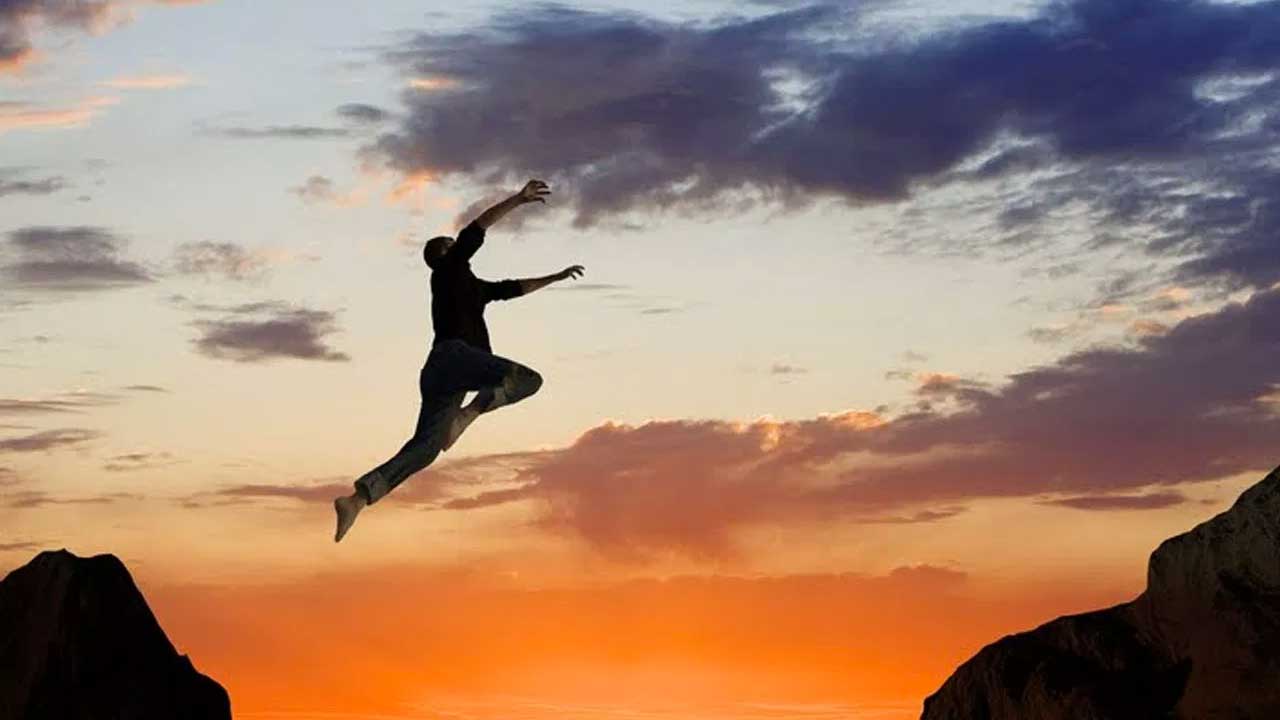 I once had the pleasure of sharing the stage with the legendary motivational speaker Les Brown and he said, “Sometimes you have to jump and grow your wings on the way down!”

I had no idea I was so “brave” at the time, but in retrospect that’s exactly what I did to retire at age 22.  I’m not recommending, by any stretch of the imagination, that people retire pre-maturely.  But let’s reverse our thinking for a second while we “JUMP then spread our wings.”

Haven’t you done that 1000 times already?
When you entered the school system, did you know what to expect or did you “JUST JUMP?”

If you went off to college did you know what to expect or did you “JUST JUMP?”

When you shopped your resume and got your job interview, did you know what to expect or did you “JUST JUMP?”

Your first day on the job, did you know all your co-workers or did you already know your boss, or did you “JUST JUMP?”

See you’ve jumped a million times, and it wasn’t scary. Why? Because you were told what direction to JUMP in.  When it comes to your personal goals and dreams, however, you are responsible for the jump, the directions, the velocity, and the landing.  Oh and don’t be alarmed when you find that you are jumping alone.

As we speak, I believe Steve Harvey is writing a book called “Jump.”   Why not take advice from a man who went from the projects in Cleveland to a struggling comedian, to a popular stand up comic, to a television sitcom star, to a KING of Comedy, to a game show host, to a talk show host, to a syndicated radio show host, to an author, to a motivational speaker.  You think he had to jump a time or 2?

I went from a high school honor roll student, to a C level broke college student, to a  broke corporate climber, to a professional network marketer, to a millionaire, back to broke lol, to a motivational speaker, to a running a multi-million dollar brand/business again.  Do you think I had to jump? Yes, OVER & OVER & OVER again!

If I were you right now, I’d be jumping like a kangaroo.  Why? Because everyone successful did the same thing.  What’s the worse that can happen? You land too hard?  True, but at least when you’re in the air you are no longer on shaky ground!
#Jump #InsideMyHead #JumpAgain #PAYS #JumpSomeMore