Who Are You Living For?

Have you ever made a mistake? No, really. Have you gotten through life so far with perfection? Good! How boring would a life of flawlessness really be? 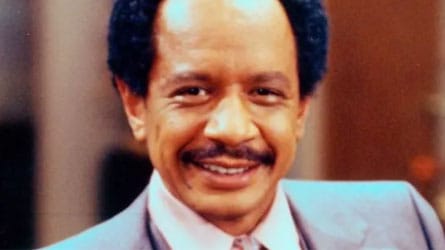 I had a ttoonnnnnnnn of time to think while I was in bed with the flu for 17 days last month!! Yes, 17 STRAIGHT, and in the words of BOTH doctors I went to visit, “it just had to run it’s course.” #ExpensiveAdvice

So guess what I did for the first 7 days, which was the worst 7 days?  I found myself reminiscing and reverting back to my childhood.  For hours, I binge watched childhood TV shows, and I stumbled across two 80s icons: Sherman Hemsley a.k.a. “George Jefferson of Jefferson Cleaners” and Gary Coleman a.k.a. Arnold “What You Talking About Willis” Jackson.  Now if you were born in the 90s, stay with me because it’ll allllll make sense in the end; but if you are 40 and over, you know these guys were the “Fresh Princes” of our generation!

So in my sick, pessimistic state of mind it hit me! They are legends because they are “no longer here!” When “George Jefferson” died, I hadn’t felt that way about the death of a celebrity since Sept 13, 1996 (#2Pac:) Did I know the man personally? Nope! …Was I ever in his presence physically?… Nope! Did he even care who I was? Probably not… But as a TRUE FAN of the Late Great Sherman Hemsley, I had to share this thought:

Now, don’t misunderstand this. This is not a soak filled rant about the tragedy of celebrity death. I am a firm believer that “death is a part of life.” I even had my 1st heart to heart with my son about the topic when he was only 5 or 6 years old. This is about the lasting impression that celebs leave with us and why? Whether it was Whitney Houston’s untimely demise or the death Lisa “Left Eye” Lopez’s over 15 years ago, I had to take a moment an reflect on how many “icons” we have actually lost over the past decade. Wait, let’s make it two decades so I can include Tupac. I apologize in advance if I omit someone that touched your heart below, but don’t miss the point: The King of Pop: Michael Jackson The Voice: Whitney Houston The Epitome of Class: Princess Diana Pope John Paul II: Enough Said Mr. Nascar: Dale Earnhardt The GodFather of GoGo: Chuck Brown The Man of Many Shows: Dick Clark The Conductor of the Soul Train Line: Don Cornelius The Blender of R&B/Hip Hop: Heavy D A King of Comedy: Bernie Mac Mr. Sweepstakes: Ed McMahon The 1st African American Childhood Star: Gary Coleman The Ageless One: Lena Horne The Wonder Woman: Farrah Fawcett U.S. Royalty: Ted Kennedy The World Changer: Steve Jobs Beyonce Before Beyonce: Aaliyah Superman: Christopher Reeves The Queen of Branding: Elizabeth Taylor The Game Show Master: Merv Griffin The Animal Lover: Steve Irwin The End of 60 Min: Andy Rooney The Legend: Ray Charles The King of Soul: James Brown Mr. Producer: Aaron Spelling Mr. Yankee: George Steinbrenner The Symbol Himself: Prince Mr. Young and Restless:  Kristoff St. John Mr./Mrs. Doubtfire:  Robin Williams The Original Avenger:  Stan Lee The Queen of Souuuuuulllll: Aretha Franklin

Honorable mention to Craig “Flavor In Ya Ear Mack” …Paul ”Fast & Furious” Wall…Heath “The Best Joker Ever” Ledger… and every “Golden Girl” (except Betty White)…but whether we want to admit it or not, the aforementioned people touched the lives of MILLIONS during their “physical existence” on the planet.

So why is my heart heavy for a sitcom actor who does not even know I exist? No let me rephrase, why in the HELL am I still thinking about George Jefferson and Gary Coleman?

I’ll tell you why: They represent reminders to you of certain stages in your life. Some represent what’s “impossible” to you. Others represent boldness to you! Some represent change to you, while others represent the pain that runs through you. Notice I speak in present tense and choose not to say “represented” because their existence still resonates IN you.

However, there’s a flipside!  In spite of aallllllllll the emotion, the life or death of an icon may conjure up, one thing is undeniable….even as you read the list (at least ONCE) you said to yourself, “Oh yeah, he/she did pass away a few years ago didn’t they?” What does this really say about the people we idolize and adore? What does this really say about those who had video cameras shoved in their faces for over 60% of their lives? What does it really mean when you’ve had more pictures of you taken than a 1980 Kodak booth, yet even those who ADORED you will one day say…”Oh yeah, they did pass away didn’t they?”
I’ll tell you what it means. On the surface, we are ALL “forgettable.” But on a deeper level it means stop living for other people anyway.  These people transcended pop culture and penetrated the souls of millions and even BILLIONS, yet they still slip away into a distant memory over time.

I wrote a training years ago called “Our Philosophy” and I talk about the harsh reality that after your funeral only 10% of the people will spend the extra hour driving to your burial, a celebrity death (to me) is a reminder of that.  We cringe at the thought of Oprah Winfrey, Will Smith, Bono, or Lebron James leaving us “before we are ready.”  But guess what, if it happened today, 6 months from now I’d need a “reminder” about “George Jefferson.”  This is proof that so many of us need to stop living our lives for so called associates who don’t even know you, don’t even like you, and truly don’t care as much as you think, about you.  It’s hard to believe that Steve Jobs LITERALLY changed the WORLD, yet in maybe 10 years (depending on what this era’s future genius may conjure up), we may find ourselves saying: “Oh yeah….remember that guy from Apple?”

I think it’s time for you to start living FOR people who live FOR you.  Make no mistake about it, that list is SHORT. Not even the title “family member” pre-qualifies one for such a description.  But for the most part: our sons, our daughters, our parents and our siblings and maybe 2 or 3 “BFFs” will claim a VIP seat at your burial; while others take a look at the forecast and make the “final decision” of whether they are going to the burial or not! #GetBusyLIving – BNB